Top Attractions To Visit In Udaipur Through Palace On Wheels 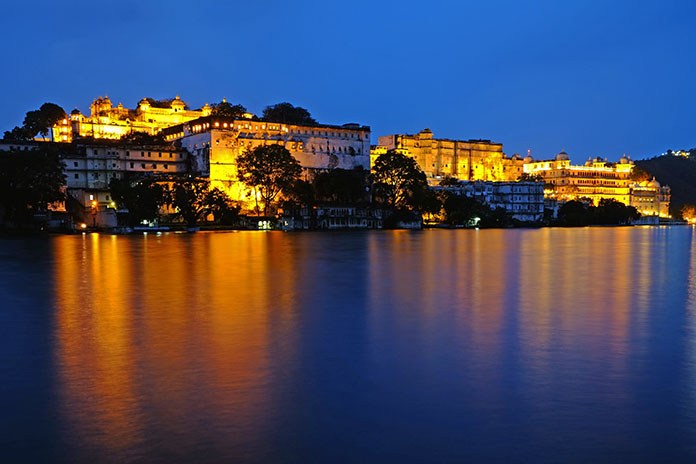 The setting of many national and international movies including the 13th James Bond film, Octopussy, Udaipur is the district capital of Mewar, Rajasthan. This city of lakes was founded by MaharanaUdai Singh II in 1559.Surrounded by the green hills of Aravallis and nourished by five refreshing lakes, Udaipur is located in the southern part of Rajasthan. Its beauty can be understood by the statement of the British administrator James Rod who has described this place as “the most romantic spot on the continent of India”. Home of many unique forts, ancient temples, grand palaces and natural landscape Udaipur surly deserves to be in your destination list.

Jag Niwas Island of Lake Pichola is the home of world famous Lake Palace. Constructed by the Maharanas as the summer resort of the royal families, Lake Palace has now been converted into a luxury hotel under the banner of Taj groups.Decorated with many garden and fountain, this palace is made of white and black marble.

Situated on the east bank of Lake Pichola, Udaipur City palace is influenced by the medieval, Chinese and European architecture.Famous for its excellent lake view, in build museum and wonderful decoration this palace has four major palaces and several minor palaces.

The rulers of MewarKingdom has created this palace on the Jag MandirIsland of Lake Pichola. Built during the 17th century this palace is also known as Lake Garden Palace.Its marvelous structures, amazing decoration and beautiful location has inspired the Mughal Emperor Shah Jahan for one of the wonders of the world, Taj Mahal.

This astronomical centre is located on Bansdara peak of the Aravalli range.MaharanaSajjan Singh has created this white marble monument which is famous for its surroundings countryside and outstanding view.

The most popular temple of UdaipurJagdish Temple was built by Maharana Jagat Singh in 1651. This three storied marvel is dedicated to Lord Vishnu. This temple is the finest example of Maru Gurjara Architecture.

Another famous pilgrim site of Udaipur is Kesariyaji Temple which is dedicated to the first TirthankaraRishabhdev.This temple has fifty two pinnacles, 3.5 feet tall black stone statue of Rishabhdev and beautifully decorated wall and doors.

Named after MaharanaFathe Singh,Fateh Sagar Lake is an artificial lake.Nehru Park is the most renowned island among its three island. Travelers can spend a good time while enjoying the boat ride in this beautiful lake.

This artificial lake is famous for Jag Niwas, Jag Mandir, Arsi Vilas and Mohan Mandir.Spread over an area of 6.96 kilometer square this water body provides breathe taking views of the surrounding.

Constructed by Maharana Bhopal Singh for the forty eight maids of the princess, Saheliyon Ki Bari is decorated with beautiful flower plants, tress, fountain, lotus pool and white marble elephants. This garden is located in the northern part of Udaipur.

Rajasthan Tourism Development Corporation and the Indian Railways launched this luxurious train to promote Rajasthan Tourism. Winner of many awards including PATA Gold Award from the Pacific Asia Travel Association, this express has 39 Deluxe and 2 Super Deluxe cabins all which are named after the famous palaces of Rajasthan like Chandra Mahal, Hawa Mahal, Moti Mahal, Kishori Mahal, Jogi Mahal etc. All modern facilities like attached bathroom, WI-FI, climate controller, DVD player, two restro bar lounge are there to give you a wonderful experience.

The Palace on Wheels train runs from September to April with a 7 nights and 8 days long trip.

So, fall in love with Udaipur and explore its beauty through Palace on Wheels.