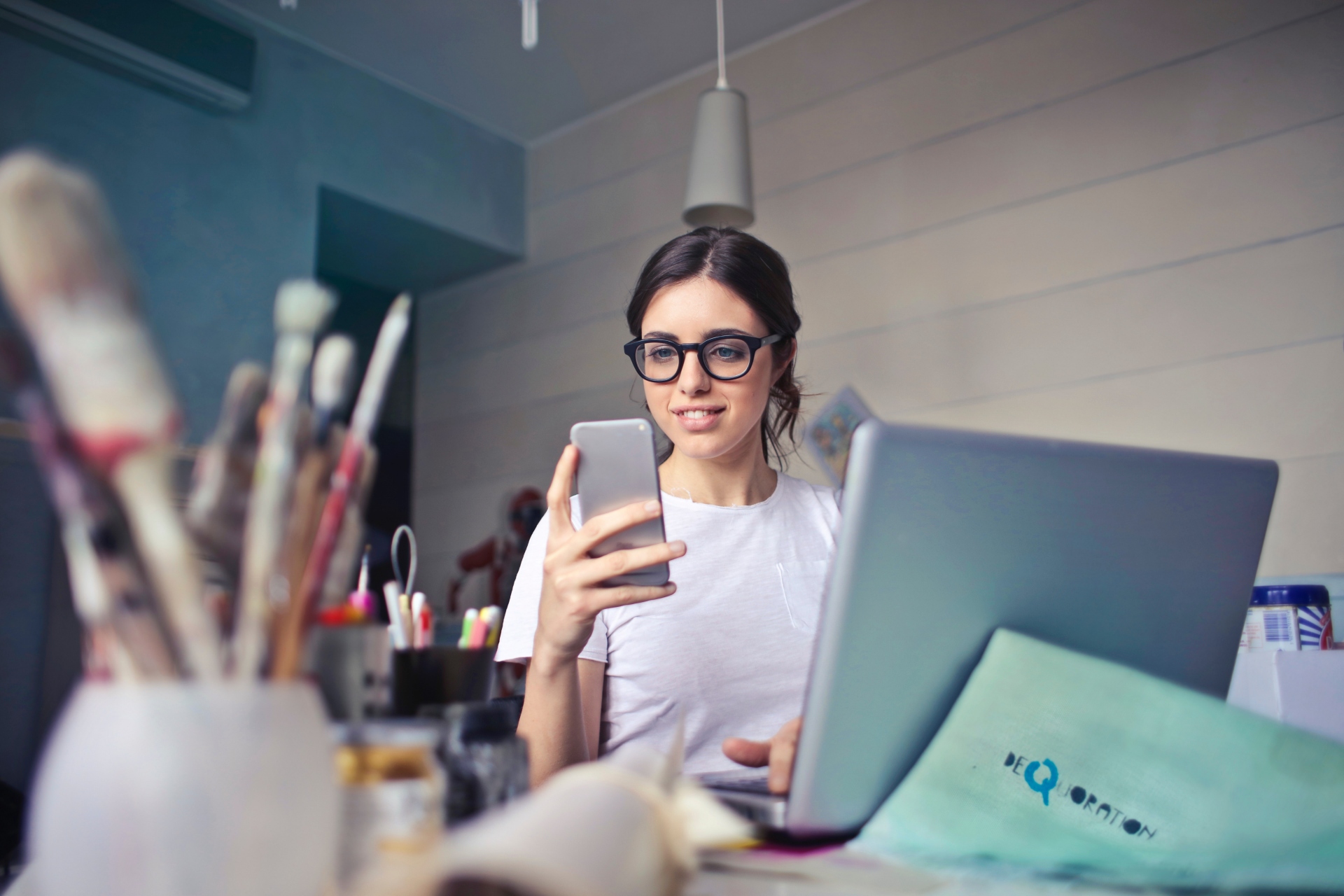 Those working from home are 13% more productive, according to a research. It took around 9 months for people to show the increase in their performance. And the main reason why there’s a boost in productivity is that they simply worked more minutes every day.

Not to mention that the environment at home, while it still includes some distractions, is much better and quieter than working in an office. So that helps employees keep their focus for longer and even get more done in an hour.

Of course, like in any environment, there exist digital distractions, texting, flirting with women online, watching series or whatever someone feels like, but they are less strong at home! Let me tell you why.

Sometimes sitting in the office feels like being stuck in a prison. The feeling when you know that you are not going to be able to leave your desk before 6 PM, so why not to indulge yourself with texting instead of being productive? While working at home, digital and other distractions exist, but the motivation to deal with them is higher- the more productive we are the more free time we are going to have.

2. Employees working from home are happier

The second best thing an employer can see in their team together with boosted productivity is increased happiness. That’s yet another advantage working from home leads to, which is closely related to higher efficiency during work too.

Married people, for instance, reported they were much happier when working from home as this allowed the couple to handle chores effectively. There was more balance in the family and that led to a better relationship in the long-run.

But it’s not just for the couples. Working from home can make the individual much more satisfied too. That’s due to a combination of factors such as skipping the commute, structuring your days the way you want to, not having to be in a hurry, feeling comfortable in your place, and sort of feeling like the boss there.

Multiple research projects have found that those working from home put in extra effort and get more done.

One reason is that they don’t want to feel left behind than the office workers or anyone else on the team. Also, people want to keep working remotely and not appear as if they are slacking. So what better way to prove yourself in the company and keep the benefit of working from home than to produce better results?

Employees log more hours every week when they transition to working from home. At the same time, however, they don’t feel like they are doing more than their colleagues in the office so that can’t lead to a sense of unfairness or be having a reason to complain. Job satisfaction is still high. And, the bonus fact, they don’t have to waste energy to tolerate toxic coworkers!